This website uses first and third party cookies to improve usability and collect statistical data of your navigation on the site. By continuing to browse this site you accept the use of said cookies. For more information see our cookies policy. OK
Barcelona Costa NorteSant Andreu de Llavaneres

House for sale in surroundings of Barcelona. Comfort and sea views

Located in Sant Andreu de Llavaneres, 4 km from the coast and 30 minuts from Barcelona. Walking distance to City Center and the services of the area.

This prestigious property is located between the sea and the mountains. Surrounded by silence and privacy, it offers a cozy Mediterranean atmosphere with large and open spaces.
The ground floor is composed by the living with large windows and sea view. The porch is accommodated for enjoy with the family and friends. The equipped kitchen has an exit to the garden. The main bedrooms have southeast orientation with views until horizon. The master suite makes a spatial union with terrace.
Part of the garden is designed for family entertainment, included pool and barbecue, all for summer dining. In addition, in the basement level - the cellar, currently used as a gym and also a fresh room TV.
Equipment extra: alarm, automated blinds, carpentry with double glazing anti-theft device and garage for two cars. The beautiful furniture is measure made, with high quality woods.

The town of Sant Andreu de Llavaneres, also known as Llavaneres, is a charming enclave near Barcelona that runs between the mountains and the sea. Since the late 70s, it has been the preferred location for the wealthiest families in Barcelona to establish their second summer and weekend residences. It is organized into 4 well differentiated residential sectors: The Old Town near the mountain, La Riera that connects the urban center with the Maritime Quarter or third sector and the Urbanizations that, located in the highest part enjoy great panoramic sea views.

In 1973 the Supermaresme urbanization was created, considered one of the best in Spain, characterized by its tranquility and its luxury houses. Llavaneras is also renowned for its gastronomic fame for its two most famous specialties, Peas and Coca de Llavaneres. As recreational, sports and social centers, the Llavaneras Golf Club, founded in 1945, as well as its Marina known by the name of El Balís Nautical Club, founded in 1966. 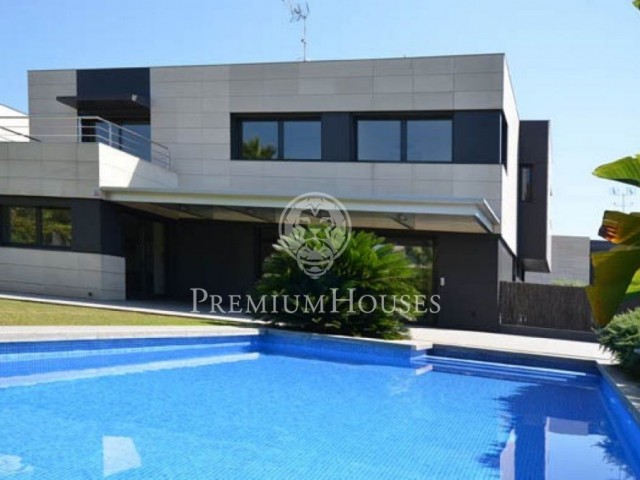 Sant Andreu de Llavaneres
1,300,000 €
476 m²Size706 m²Plot5BedroomsBedroom4 Bathrooms
New promotion with fantastic location just at 5 minutes walk to the beach, the marina and the train station. The main floor has a large living room with windows that give access to a grand porch and garden with private... 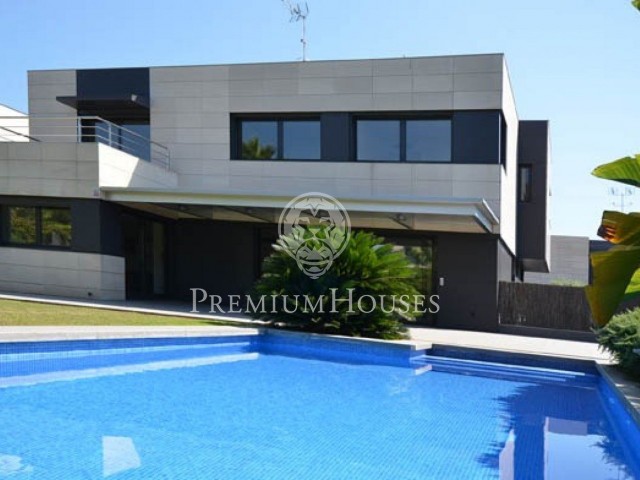 Sant Andreu de Llavaneres
1,300,000 €
476 m²Size706 m²Plot5BedroomsBedroom4 Bathrooms
New development with a fantastic location just 5 minutes walk to the beach, the marina and the train station. The house is in a quiet area, and is distributed over 3 floors. The main floor has a spacious... Sant Andreu de Llavaneres
1,700,000 €
450 m²Size4,000 m²Plot4BedroomsBedroom3 Bathrooms
Extraordinary country house in the area of the major farms of San Andreu de Llavaneres seduced by the exclusivity of this location and the wonderful views that provides the property. An idyllic setting offering complete privacy and a superb plot... 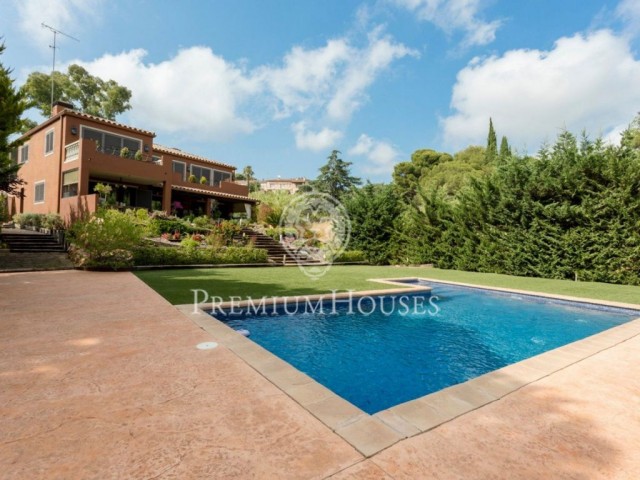 Ideal home in the center of Llavaneres

Sant Andreu de Llavaneres
1,750,000 €
470 m²Size1,200 m²Plot5BedroomsBedroom4 Bathrooms
In the centre of Llavaneres we have this lovely house with a large garden, an amazing pool, and a chill out area. The house is spread over two floors. On the main floor we have a living room with fireplace,... 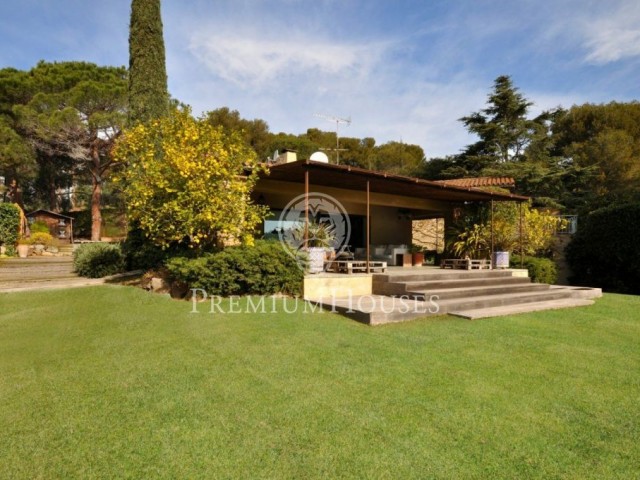 House for sale in the center of Llavaneres, sea views. - Coast Barcelona

Sant Andreu de Llavaneres
1,590,000 €
538 m²Size3,866 m²Plot5BedroomsBedroom5 Bathrooms
There is no other property in his long and distinguished highlighted environment as this Jewel. It is a unique property designed with warmth, all the charm and unique glamor. It has an excellent location at the village near to all... 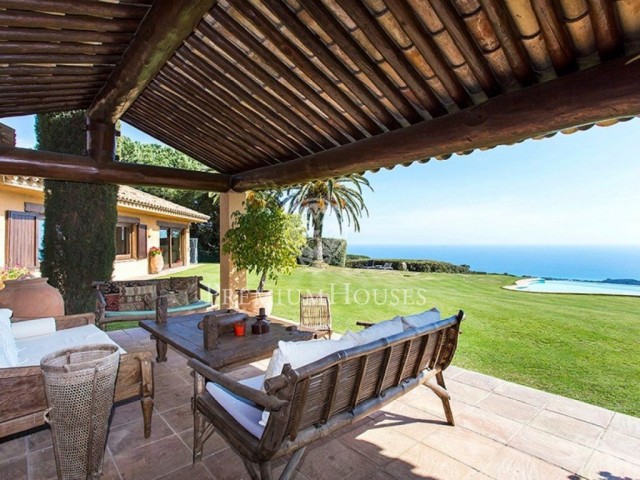 The best views in the Barcelona Coast

Sant Andreu de Llavaneres
3,200,000 €
528 m²Size2,666 m²Plot6BedroomsBedroom7 Bathrooms
We present the best views of the Coast of Barcelona, in a residential area with luxurious properties in Supermaresme. Supermaresme is equipped with surveillance cameras plus their own security personnel.The property is located on a flat plot offering total privacy...

Large villa on one floor 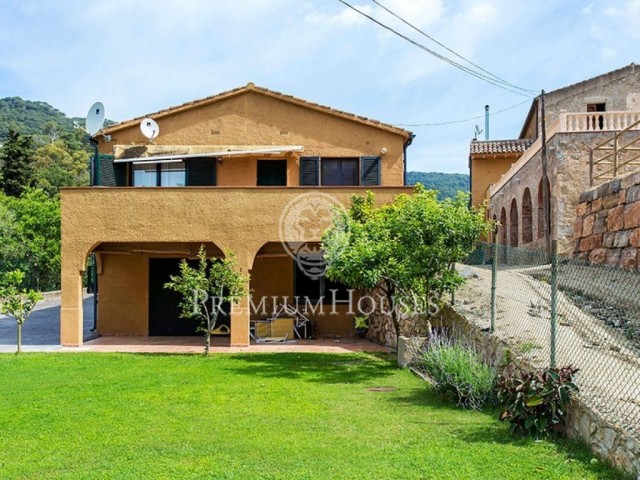 Rustic property for sale, with 9.7 hectares of land in Sant Andreu de Llavaneres